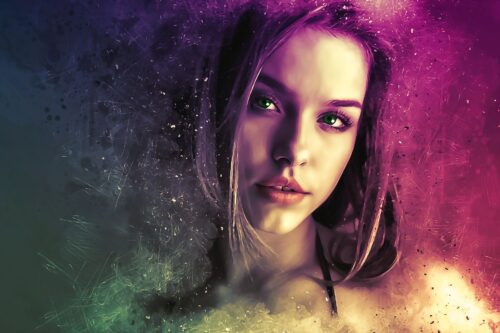 The 7 Ulterior Motives Not To Marry 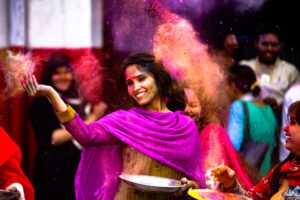 Love is a very beautiful thing to experience and marriage is even better if done with the person that makes you feel loved. However, there are certain reasons not to rush into marriage in order to save your sanity. Being single, despite your age, is far better than being married when you are not ready. I said this because a lot can go wrong in the lives of couples who aren’t prepared in advance for marriage.

If you are interested in marriage, you have to consider your motives very carefully and be led by the right motives. Failure to do this and just commit to marriage might cause you to regret your decisions. Therefore, think a little deeper even beyond these 7 ulterior motives not to marry, and consider the ones you can relate to.

1. Don’t marry because you want to pay bills: 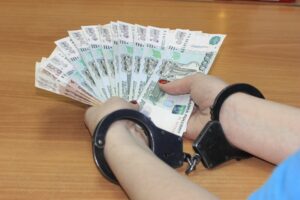 This, I think, should top the list, because many people who long to get married today think enormously about their bills to pay here and there. It’s not a bad thing to pay bills. In short, everyone has bills to pay in one form or the other. That’s a part of life. But when it becomes a pressure to pay certain bills in which one has few options, the best way forward isn’t to marry but to address the issues that bring the bills in the first place.

Do you know why? Marriage doesn’t reduce the bills, naturally. It even creates more bills. You may realize that even after getting married, it doesn’t stop the bills from coming. In fact, marriage creates its own bills that you, perhaps have never thought about prior to your union but which you will have to experience only after your marriage. Think again beyond the bills. Do you really wanna get married?

2. Don’t marry because you want children: 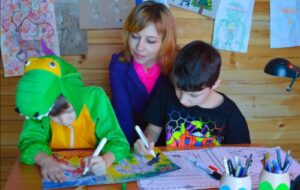 Another troubling motive not to marry is just to have children. Please, don’t get me wrong. Children are a gift from the Lord, and part of fulfilling the Lord’s command to multiply and fill the earth is by having children (Psalm 127v3, Genesis 1v28 ). But the point is having children shouldn’t be your sole motive to want to get married. That is not a guarantee of a successful union. It’s easy to have children even without marriage.

Oh, should I say this? Some ladies are so mad about having children that they choose to become baby mamas, giving birth to illegitimate children (out of wedlock). They are so obsessed with the idea of child-bearing at the expense of who the father would be. They can go into marriage with any available man without thinking beyond the surface. If no man is available, they look for donor sperm.

3. Don’t marry because of physical attraction:

Do you feel you are of age and wanna marry someone with whom to settle down? Marriage is good, but what are your motives for getting married? Whatever your motive might be, physical attraction isn’t just a valid point to want to marry someone. Of course, everyone wants to tie the knot with someone good-looking, I get that.

But you know what? Attraction physically changes and you wouldn’t want to base your motive on something as fleeting as physical attraction. The beauty that you are after should exceed the physical to the inner beauty of the soul, the values, and the innate quality that makes a person a true person.

These are of more worth than just physical attraction. Physical looks cannot keep you in marriage but the values or say the minds involved can. If your love is based on physical beauty, what happens when the beauty is gone? What happens if there’s an accident and your spouse loses a limb or an eye? Certainly, your marriage might crumble because the very things that were the foundation of your love are no more. Love goes beyond physical beauty and so is marriage. Think again, buddy!!

4. Don’t marry because you want to get back at your Ex 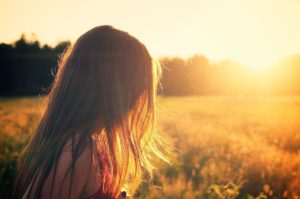 Go into marriage with your full sanity and a clean bill of health and not with emotional and psychological junk. In other words, heal first before getting married to an innocent person, or else you would ruin your new experience. There’re some ladies who have dated their exes and were frustrated because their union didn’t last or because their hopes of getting married to the dudes were not forthcoming. They might have longed for marriage but the dudes were either just interested in a platonic relationship or were playboys who lied to them but had no intentions for marriage.

Since the relationship got sour, there’s this tendency to fall for anyone available just to get back at their exes. Some of them find it as a way of comfort since they were dumped by their former partners. If you have an issue with your ex, fix it, or better still, fix yourself and your life so that you don’t go into another marriage with the troubles of your ex. If you are wounded by the experience of your former partner, heal first before getting married to an innocent person. An innocent person cannot suffer the consequences of your Ex. Marry because you love your current partner and not because you want to make a statement to your ex.

5. Don’t marry because you want papers to stay in a foreign country:

Well, this is as clear as it should be. To marry someone just for having a residence permit from a state is also not a valid reason to marry. That’s selfish and exploitation at its core. You are trying to use another human being for personal gain or advantage. Of course, you can get the papers or passport of your desired country of residence in so many ways. One of them is through marrying someone who has it already, which is seen as a right if the motive is genuine.

However, if the motive is just to get papers, think again because such marriages can be troublesome for both parties. What happens when you get the papers? You end the marriage? We are not against getting your paperwork done, thanks to your marriage, but we are against just opting in for the papers, after the marriage, you opt-out. The latter is where there are problems. Have your papers but keep your love and commitment to your partner. That’s what matters!!

6. Don’t marry because you’re getting old:

Everyone knows that life is progressive, and change is constant. Part of the change is aging which everyone experiences at one point in time. However, do not rush into marrying someone because you feel as if you are getting too old and perhaps all of your friends or siblings have married. Some people marry when they are young and others when they are well advanced in years.

There is no one-size-fits-all in marriage. What can work for you might not for another. The age might have an effect on one’s ability to mother or father a child, but still, that’s not enough reason to marry. Marriage comes with responsibilities that do not respect how old you are. Marrying just anyone doesn’t cancel the bills that would be created by reason of your union and having children. Think again!

7. Don’t marry because you are doing someone a favor: 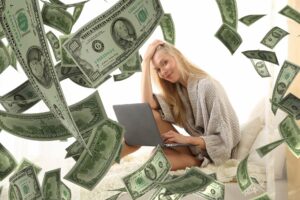 Finally, do not consider it a favor to marry someone. Marrying is doing a favor to nobody but yourself. In fact, to the one who marries, the bible says that they receive favor from the Lord   (Proverbs 18:22).

So God favored you because you married someone. In essence, both are a favor to themselves. You see, some people make me ruminate on their intentions for marriage when they marry ladies and constantly tell them that they are doing the ladies a favor. I just don’t just get it. Do you?

Proponents of such ideologies usually go for the poor background and disadvantaged ladies to woo them with this “Doing you a favor” line. Marriage should be a good experience for all parties involved. You should feel favored by being around your spouse, of course. But that shouldn’t be solely the motive for marriage.

If your spouse couldn’t eat properly before meeting you but does so now, this is no favor. It’s’ just what marriage brings to the table—- two people being united and sharing their lives with each other. That’s marriage. Marry because you love someone with whom you want to cherish life and share your lives together. That person, as an object of your love, should be the recipient of your favors—-all of them. Your partner isn’t someone you do favor to by loving them. You do a favor to yourself because you need love expression and to feel loved as well. 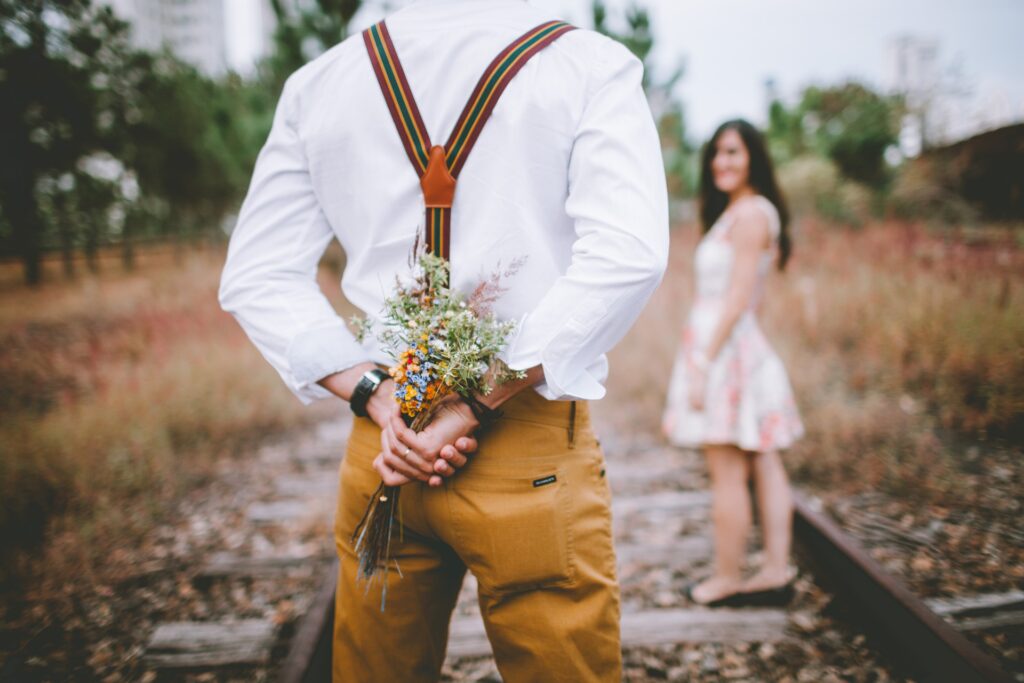 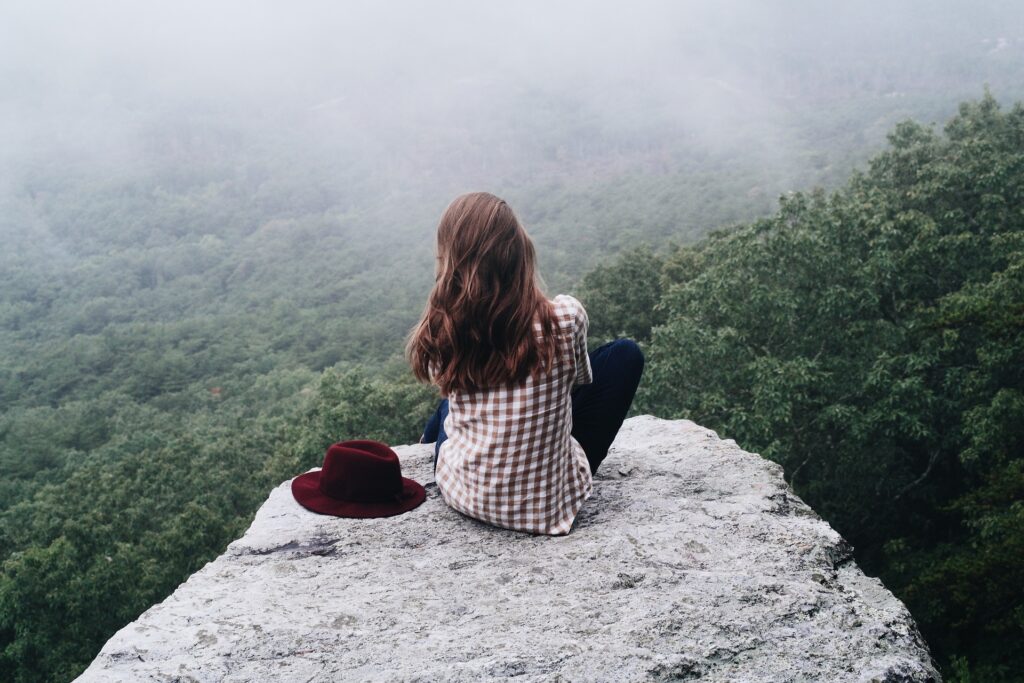