The Consequences Of Sex Starving Your Spouse – Marriage And Relationship

Starving the body has its consequences. When the body starves, it suffers from hunger and needs food. Without food to alleviate a starving body, the body is deprived of the essentials of healthy living and wellness, and as a result, loses strength and falls sick. When this progresses, the body eventually dies. Similarly, there are the consequences of sex starving your spouse, which might differ from one relationship to another, but are equally painfully felt by the victims.

Do not let what we intend as good be seen as evil is a biblical admonition for us to keep in mind when we decide to do things from our personal perspective alone, and ignore how or what others might think about it, or not even consider the consequences it might have on us and on our victims (Romans 14:16).

To sex starve your partner is wrong and could mislead a partner to even more problems. Some people in marriage imbibe this practice as a tool in making a statement without thinking about the consequences that come with it. So today, we want to address this relationship issue to help partners avoid this practice as they see with us what their actions could lead to. Without much ado, what you have as the consequences of sex starving your spouse are as follows:

When you sex starve your partner, it breeds anger in them which you may or not know is brewing. And when enough is enough, they can lash it out on you in a way that may not be so nice. Anger has led to untold conflicts in relationships. No one who loves you truly can endure being sex-starved for long without any forewarning or explanation of some sort. If for any reason you don’t want to get down with your partner, let your partner know about it. Tell them why so that peace may reign. Period.

This is another one which is a consequence of sex starving your partner. The victims can fall into depression and reach a mental and psychological low about the relationship between you and them. A partner unduly being denied sex without an explanation will get to a point where he or she cannot cope with life alone because they were part of the reason of you coming together as couples to start with. But now that you are aloof sexually without a word, it would make life not really worth living again. Anyone who loves you would be that troubled in such a setting. A lot would be going on in their head.

Reasonably so, infidelity constitutes the actions or state of being unfaithful to a spouse or other sexual partner. A sex-starved partner who has been denied the right of mating with you as a partner will resort to sexually cheating outside of the home. He or she would want what they cannot get within their legal home. And any such action is Infidelity caused by being sex-starved by their partners.

Of course, a sex-starved partner who goes outside for sexual pleasure or satisfaction can contract an infection, a sexually transmitted DISEASE (STD). STDs can be passed on to any other person with whom your partner has sex, including the one who sex-starved them.

There was a case involving a man who suffered from being sex-starved by his wife for a long time and she didn’t know that he was seeing someone outside. When she finally relaxed her sexual lockdown, little did she know that she was infected, because the man was already infected with a painful disease that was transmitted sexually. All this caused by being sex-starved could have been avoided.

This is underlying bitterness and frustration that tends to manifest in conflicts, disagreement, and discord within a relationship that has been sex starving its partner. The partner gets mad and prolongs their madness to virtually everything in connection to the one sex starving them. It’s another level of anger whose actions are intentional and premeditated. With strife, there’s a constant misunderstanding on trivial issues.

6. You Have Low Self-Esteem

It may not come as a surprise to you to hear that when someone is being sex-starved for long, it can make the victim think of him or herself in a negative light. They can develop low self-esteem in life, thinking that they aren’t good enough in bed, or have a tiny penis, or even not sexually desirable anymore. To be candid, the kinds of negative thoughts that can come through your mind at such difficult times can be unbearable indeed. This can pave the way to low self-esteem, lacking confidence in one’s self-worth, abilities, and performance.

Some times, if the action is intentional, the one who sex starves their partner will have to come up with many lies to sustain their intention. But also the victims can begin to lie too when there’s cheating now involved in the relationship.

8. You Have Physical Violence

Sex starving your partner can lead to resorting to physical violence to make sexual statements, which isn’t a good action to take to resolve a problem. It could even get worse, causing the death of a partner.

There are situations where one partner forces his way into the other because he’s been sex starved for a long time. That is rape and no one wants to rape their lover or conjugal partner. Rape, itself, is a crime in some climes.

10. You Have Poor Communication

When you begin to sex starve your life partner, it could break down communication between you two. Since one partner isn’t so open about sex to the other, he or she will not easily be available and overt for further discussions, interrogations, and information about his or her choice. If the intention is to sex starve, talking about it will be limited and that’s in itself a communication breakdown.

11. You Have Separation In The Relationship

Sex starving your partner can cause your partner to be separated from the union. Anyway, that’s what it insinuates. When you don’t wanna get down with your spouse and have no reason for your actions, you inadvertently are separating yourself from your lover and such small demonstrations can be made louder by physical separation from the union, giving your partner the freedom to move on. This is not a good experience, because most times, you don’t get back ever again. So better think carefully about this consequence if you would like the outcome. If not, refrain from sex starving your partner.

12. You Have Marital Divorce

This is one of the consequences of sex starving your spouse, and ultimately, the worst scenario that you can get into if you keep Sex starving your partner. He or she may decide to end the relationship so as to give you the leeway, not just to move on with your life, but to settle down with someone who would make you happy. Someone you would not need to Sex starve at any point in time. Note that divorce means the dissolution of the contract of marital union. With it, there is no marriage in existence again.

13. You Have The Effects On Children

If there are children involved in the relationship, the consequences of sex starving your partner can affect the children’s lives psychologically and consequently, their future. If their parents are fighting, and abusing each other at home, that violence will be an eyesore for the children and a very bad example indeed. In addition, divorce in itself isn’t a good experience for the children no matter how you see it.

Now, you can see that the choice or decision that you intend for good can, unfortunately, bring more destruction and harm to your relationship than good. Do not let the consequences of sex starving your spouse, which we’ve looked at above, destroy your marriage.

Tell us if you’ve encountered any similar issue in your relationship, or do you know anyone who has? Stay safe everyone. 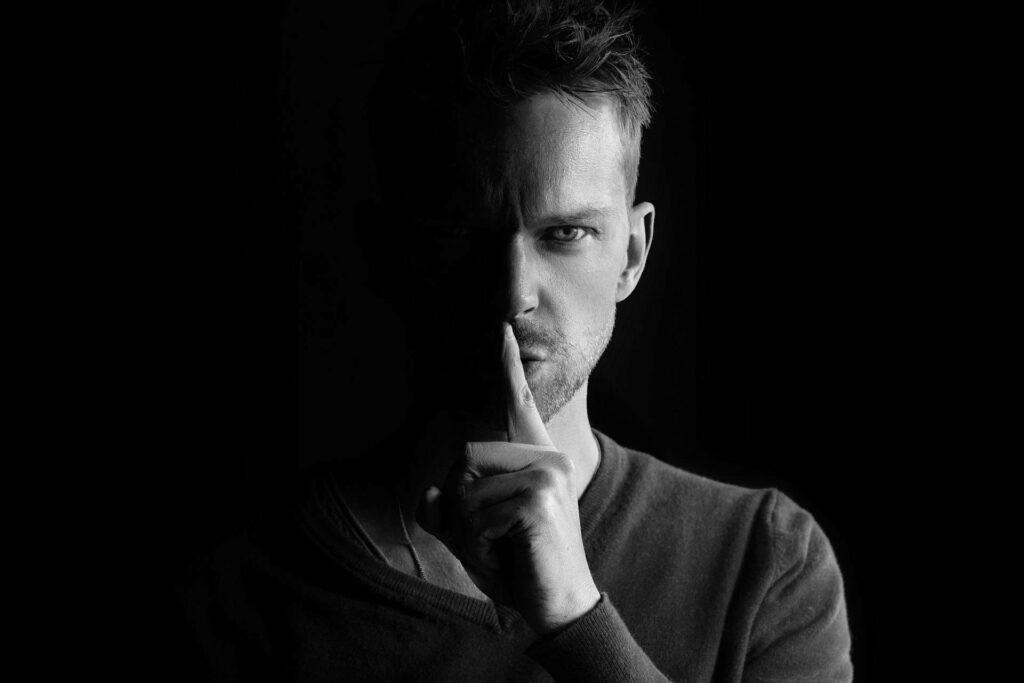 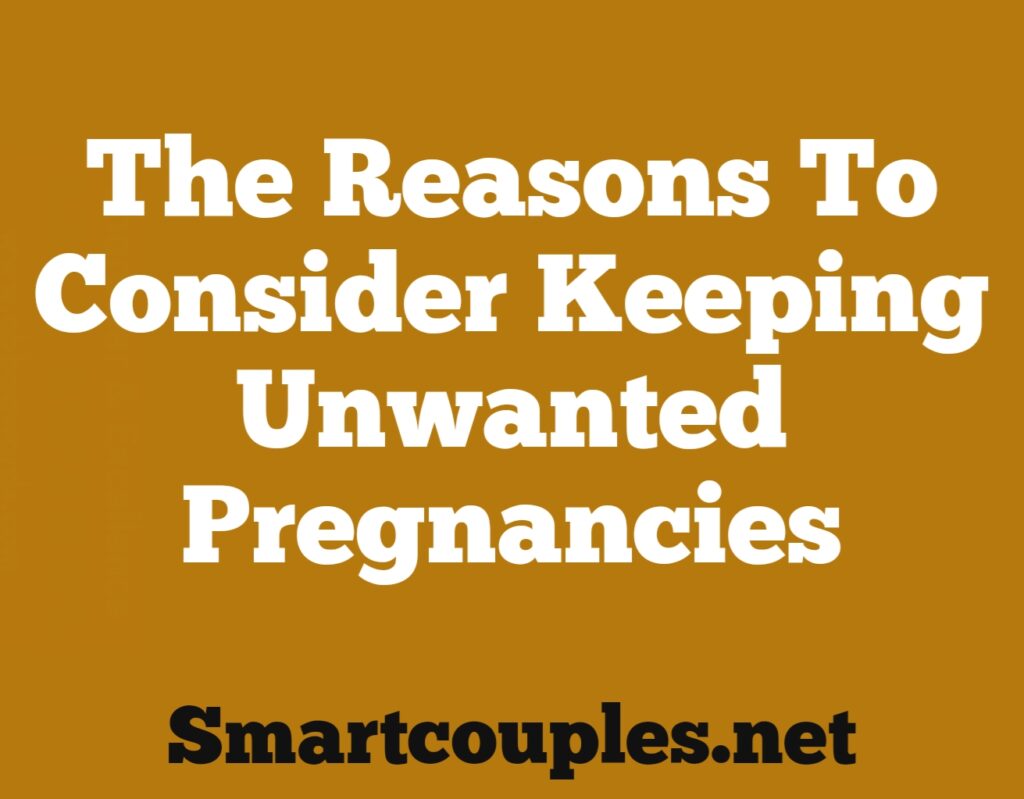 You have point there with what you said, eda. Thanks for your comment.

Hey, a nice article you have there, your thoughts are indeed invaluable. It is important to always satisfy your spouse at all times when the need arises. Nevertheless, there are benefits attached to it. In relationships, partners should understand that it plays a significant part in bonding. Physical and emotional benefits like reduced risk of heart disease, improved self-esteem are also some advantages. While these are consequences that might have been caused by some underlying triggers, dealing with it would require knowledge of what caused it. Warm Regards

Thanks for sharing your thoughts, Shed. Stay safe.

Hello, this is really an amazing and insightful topic “the consequences of sex starving your spouse in marriage and relationship”. Sex starving spouse in relationships does really have so many effects which in turn causes so many issue or problems. I think this article should be a must-see by married couples, it is really educational. Thanks for sharing this with the members of the public.

Hello there, I stumbled on your site as I was surfing through the internet and was captured by the title of your article and I must say that this is really one issue that is causing a lot of break-ups in relationships today and the earlier the society starts talking about it the better for us all, though I’m not into any relationship yet but this is really helpful as it will serve as a guide to me, also I’m sharing this with my married folks.

Yes, I do agree with you and what you said was already treated in the last post about same subject. It is one of the reasons people do that. You can find that here.  These here are the consequences of doing that. Thanks for sharing your thoughts, Tayo.

Wow, what an interesting topic! Although you have couched the issue in terms of a physical sexual relationship (or to be more accurate, a lack thereof 😉) I believe that the actual problem is the lack of skills in communication. The partner who is withholding sex is obviously communicating a problem; the trouble is that the means of communication is terribly poor and likely to lead to even more difficulties in the relationship.

When people learn to open their mouths and speak about their problems, they find that nearly always, they resolve issues quicker and with better results… People in relationships: learn to *TALK*! (It’s not just a wonderful idea, it’s essential.)

Anyway, there are my two cents. 😊

Interesting article! I mean that in a good way. This happens way too often, and individuals think they are punishing their partner by denying them intimacy, when in fact they are punishing themselves too. You accurately listed 13 negative results of denying this intimacy. These 13 effects aren’t minor issues either! This is big stuff and causes lasting consequences. For about 10 years I was a marriage counselor. Well, that was one of the hats I wore. I had the education to do so, but at times, not the stomach for it. It pained me to see beautiful couples struggle and children become sideline victims. Marriage is the most difficult, yet most wonderful, institution EVER in my opinion, and I truly agree with your entire article.