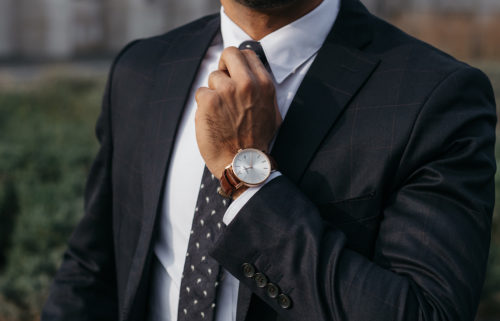 Reasons Some Men Are Not Married, Part Four – Marriage And Relationship

In continuation of our series on why some men stay longer before marriage or even don’t marry at all, we would conclude with this present article. But note that we have posted three parts of the series already which are Part One, Part Two, Part Three,  And this would be the fourth part of the series with the title, “Reasons Some Men Are Not Married, Part Four – Marriage And Relationship”.

Again, our purpose is to help educate some men and redeem their time which would go a long way to strengthening marital relationships generally. It’s just a win-win situation for both husbands and wives. In this fourth part, the reasons are:

1. Because of High Cost Of Wedding

Some men also don’t get married because of the high financial cost involved in marrying ladies from/within their culture. This is not applicable to all regions or cultures. However, some families put a very high cost to give their daughters out in marriage. To men wanting to marry their daughters, they will be a long list of items to bring, then the traditional wedding would be in a certain way described, not by the lovers, but by the family of the bride (usually). Then there’s the white wedding and, maybe, the court wedding.

What you would realize is that before you marry a lady from that region or culture and take home, you would have spent a fortune that took years to amass. This scares young men who might be genuinely in love with some of their daughters. Because some couples at times never recover from the marriage cost much less to start a family together. Some become very poor because of this attitude. They spent their life savings just to marry and when they are married, there’s no money left for the couples to live on, and nothing to actually live for.

A marriage that starts on this bad note might not make it together. Lavish marriage doesn’t guarantee longevity in marriage. Staying together after a wedding is far more important than staying together during the wedding. Consider the joy of your daughters in the long term than just that facade that at times comes with a lavish wedding.

They are some men who have no choice of marriage because they are in prison for a long time, and the freedom to raise a family is at its minimum ebb. Examples could be young single men who are facing life jail sentences, long term sentences, death sentences, and some constantly going in and out of prison because of crimes they can’t seem to stop committing.

Consequently, these people might never experience what marriage life feels like. In addition, some might be very old when they are released from prison to start life over again. For others going in and out of prison, ladies might avoid such men for fear of engaging in an uncertain future. Single men in such situations either face delays in marriage and/or no marriage at all. 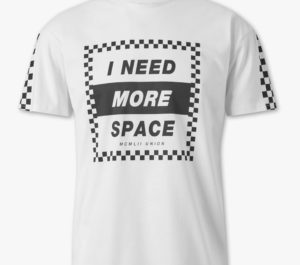 Some men stay single because they consider marriage as an invasion of personal space. They just don’t feel comfortable when someone enters the space they call personal. They are unwilling to share personal space with someone close like a woman. They may have relationships here and there but keep their distance or keep it separate from their own personal space. Some single moms have children for such men who will never consent to live together as husband and wife. It’s worth noting that sharing personal space is one aspect of marriage.

4. Because They Easily Get What They Want From Some Ladies

I said some ladies not all ladies. Anyway, why should they marry if they can get it all for free from some ladies? The ladies fall for them easily and they can have whatever they wanted including “free sex” without the commitment of any kind. So they decide to have and keep it that way. I still believe that this is a mindset problem with these men and needs to be addressed as such. The proponents of such ideology need education on marriage and how marriage works.

5. Because They Are Stuck In The Wrong Relationship

When the person you really love isn’t interested in marriage but loves you as well, it could be troublesome at times. Some men inadvertently reject marriage because they are stuck with a love partner who is unwilling to marry but wants the relationship to continue the way it has always been. They are in love with each other but the lady doesn’t want marriage and still doesn’t want to release the man they are in love with to go ahead with life. There’s just this kind of delaying tactic going on for one reason or the other. Men in such situations stay single for long.

6. Because They Don’t Want To Raise A Family

Some men just don’t want families at all. In this case, for reasons known to them, they don’t need children and fear to have one. Although they love women and can have relationships with them, they still don’t want to be married to them for fear of raising children or family.

For me, I think there’s that ignorance displayed here because they could marry and enjoy a married life without children. The reason for no children should not be why you avoid marriage in this advanced medical dispensation. See a doctor for more help on that.

7. Because they are afraid to commit To One Lady

Why would a man be married and still commit adultery constantly? A question some men find hard to answer. Some men just don’t want to commit to a lady because deep within them they know that they cannot be faithful to only one lady. So they rule out marriage and maintain as many relationships as they possibly can. There could be other reasons behind their refusal to commit. Nonetheless, any man with such a mindset may have plans to marry but not in the foreseeable future.

This article concludes the series on the reasons some men refuse to marry or don’t get married. For the rest of the series, please find them below: Part One, Part Two, Part Three, Part Four.

Tell us what you’ve learned in the series so far? Do you have any suggestions? 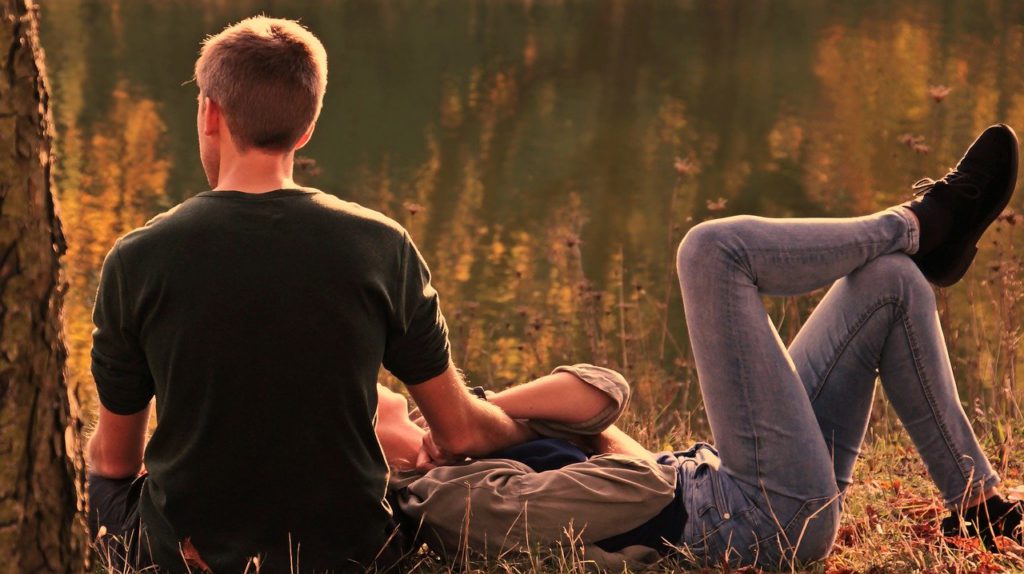 God bless you, Shan. I pray you become the person that wants you to be.

Thanks for yet another inspiring article well put together. I have learned so much from your teachings which are a reflection of the man of God in your life. Thank you for letting yourself be used by God. Thank you for being loyal to your Godfather (PC Akubueze), and to the saints for which Jesus died. One thing I must praise God for is your spiritual stability and consistency which I hope to emulate. Finally, thanks for the article which I believe would help some men. As usual, I am going to share it with my friends on social media. Shalom

Thanks for sharing your thoughts on this article, Sabby.

I truly need to initially value your exertion in assembling this incredible site and composing this article. Thank you so much for sharing with us such a beautiful article about ” Reasons Some Men Are Not Married.”

In my opinion, this topic is quite unique, I haven’t come across a website that exhibits why men are not to marry with such authority and detail. Your articles are high-quality and explain points, topics and motives very well and so simple to understand. You described nicely the reasons why men do not want to get married. I’ll definitely read part one, part two and part three. Thank you for making this article. I want to share this article on my social media platforms and I am Looking forward to more beautiful articles related to this in the future. My best wishes to be always with you.Thanks

Thanks Benny for sharing your thoughts on this article. I wish you the very best.

All of these reasons are true and I can’t help but smile at the truth in this post. Marriage is one thing that scares most people especially men in today’s world because of the numerous reasons you listed and in some cases its a psychological reason that is holding some of them back. Seeing failed marriages, nagging wives, failed plans and commitment to the marriage have stopped so many people and thinking of a solution for these affected people can be a bit impossible some times.

Hello Benny, thanks for the comment. The bible cautions us to avoid all extremes. Great to hear from you.

Hi, it is a great and nice feeling to know that someone will create a great website like this and also create a write up on an article like this to help out people. I personally am a person who don’t like to share space and I still am married. Some people take some certain situations to the extreme

Hi Ran, reading part one through part 4 would help you too. No, marriage is not compulsory. It’s a choice, a right for adult to raise families. It’s good and right and created by God which people choose to be. But it’s never compulsory and, especially if you don’t know the reason to marry, don’t get yourself into one. Marriage is not a sign that you are grown up. It’s for two consenting adults. So don’t feel forced to get married to someone. Although it’s not compulsory, it could have some cultural pros and cons which can vary from one culture to another. Thanks for your comments. I wish you the best.

Thanks Nek for sharing your story with us. It was so honest of you and thoughtful of the young men who might be caught in a similar situation. Thanks again and I wish you couples a happy relationship.

Very interesting topic, I myself in my early fifties am not married yet but will finally get married to the wonderfull woman I am with right now. The reasons you’ve outlined are spot on. In my case though, it was me. I was partying having a great time and suddendly realised I was in my middle forties without a long term relationship and without a girlfriend. Trying to find a girlfriend was a difficult task. Why was that? Because, I was too set in my ways. All these years living the life of a single man I developed habits that were difficult to dash off . As a result, ladies who were after a long term relationship stayed away from me. It took a lot of effort for me to change and my current girlfriend’s total support and understanding. My advice for single man is to get yourselves a girlfriend, get married have a family, its worth it. Apart from that I liked the topic and your analysis, not too much detail but thorough and up to the point. Keep up the good work.

In my opinion, this topic is quite unique, I mean I haven’t come across a site yet that reveals why men wouldn’t want to marry. The article is great and explains the reasons well. I think the overall article theme is good too but an improvement can be to maybe add imagery. That would be great but other than that it’s pretty interesting.